The municipality covers the area of 170 km2 which is about 16% of the area of the Żywiecki county. It is located within 4 mountain ranges. Central, southern and south-western part of the area consists the Pilsko range (1557 m a.s.l.), Lipowska range (1324 m a.s.l.) and Romanka range (1366 m a.s.l.). From the south-east stretches the Babia Góra Range taking its origin from the Glinne Pass (809 m above sea level). A bit further to the north-east is the Przedbabiogórskie range called the Jałowiecki Range. The smallest culmination is the Pewelskie Range, which begins in the lowest part of the Koszarawa river valley and extends north-east. The municipality has natural resources of supra-regional importance. The area of the municipality plays a particularly important role in the planned “National System of Protected Areas”. About 65% of the municipality lies in the area of Żywiecki Landscape Park while the remaining area is the protective zone of the Żywiecki Landscape Park or constitutes the “Area of protected landscape”. 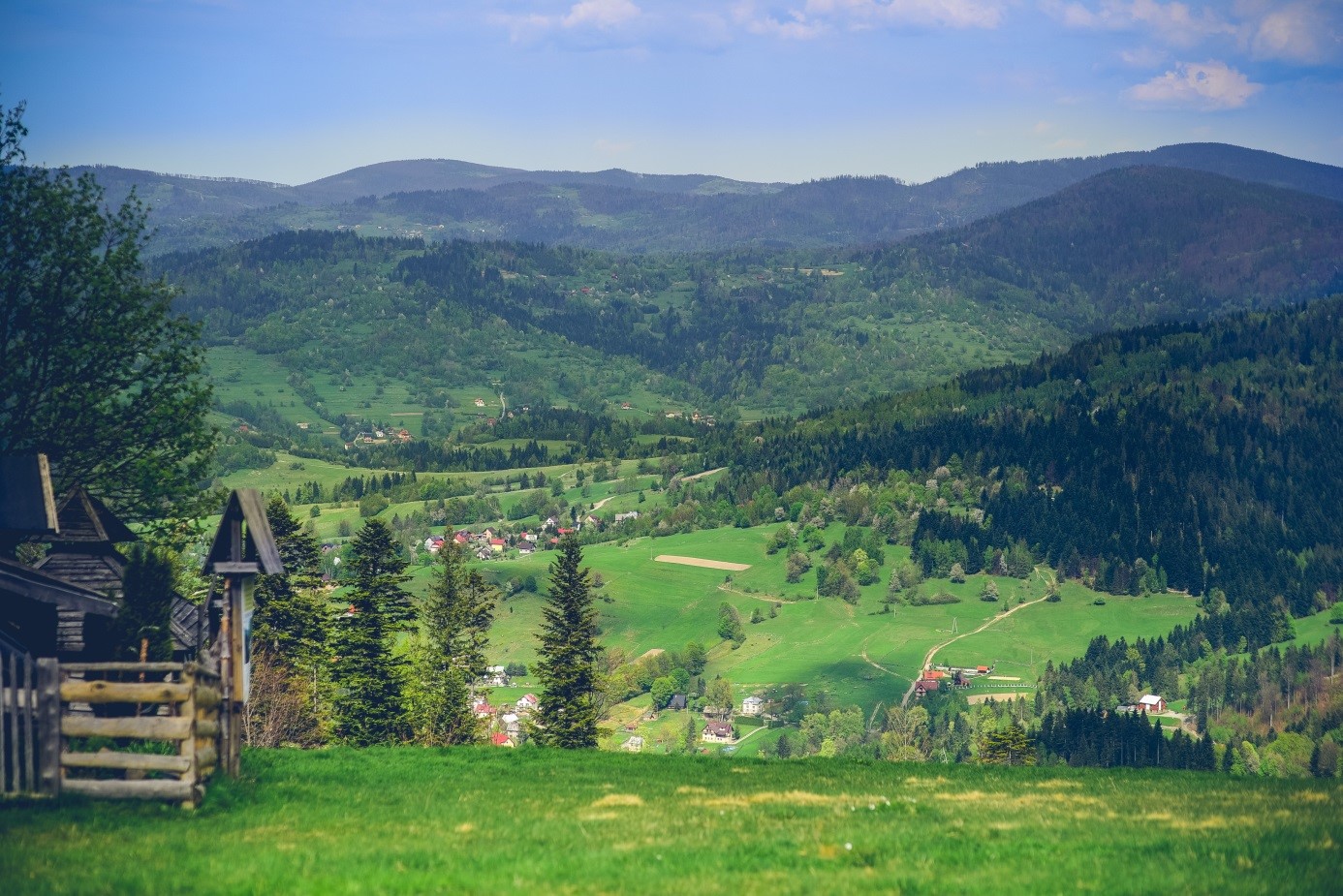 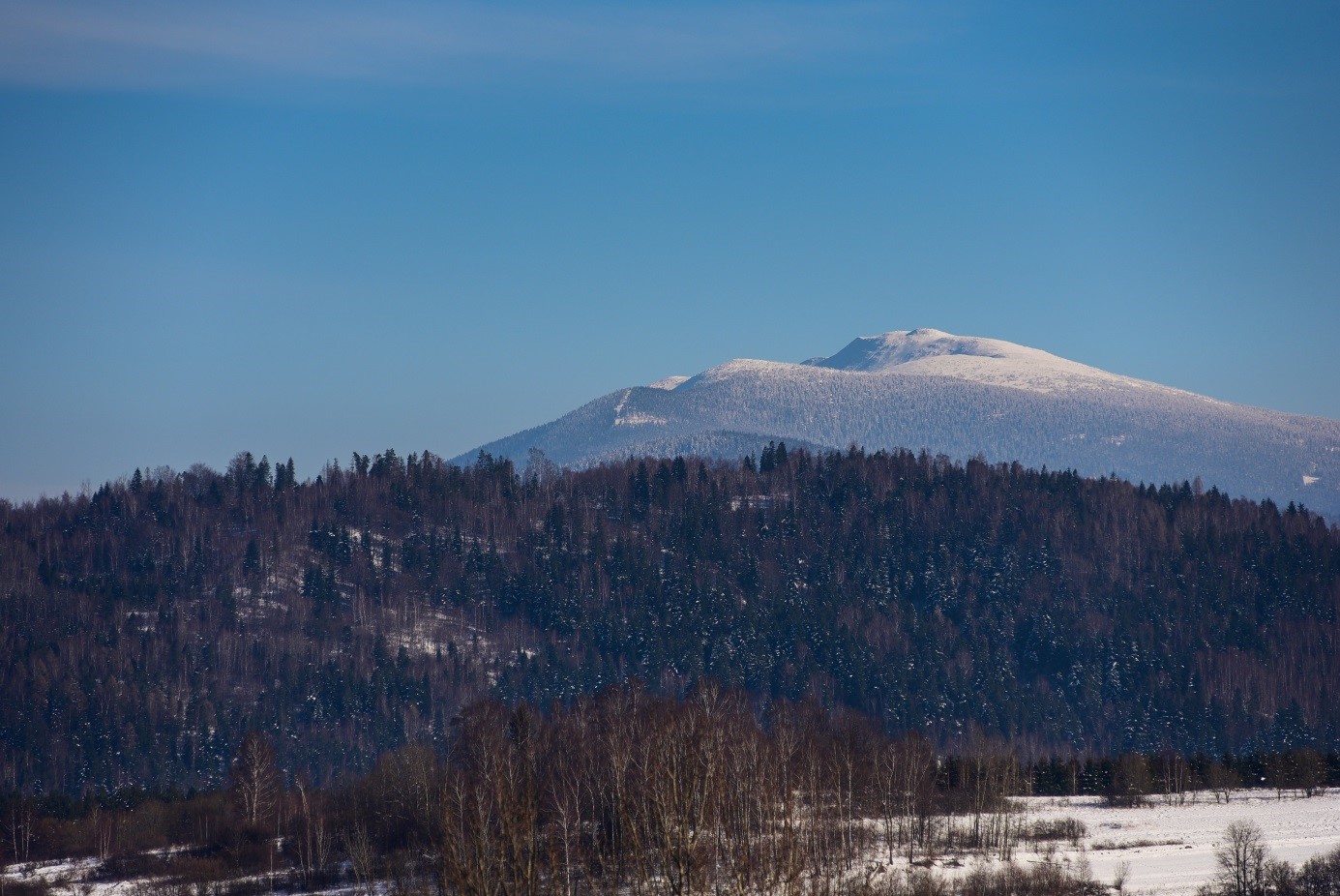 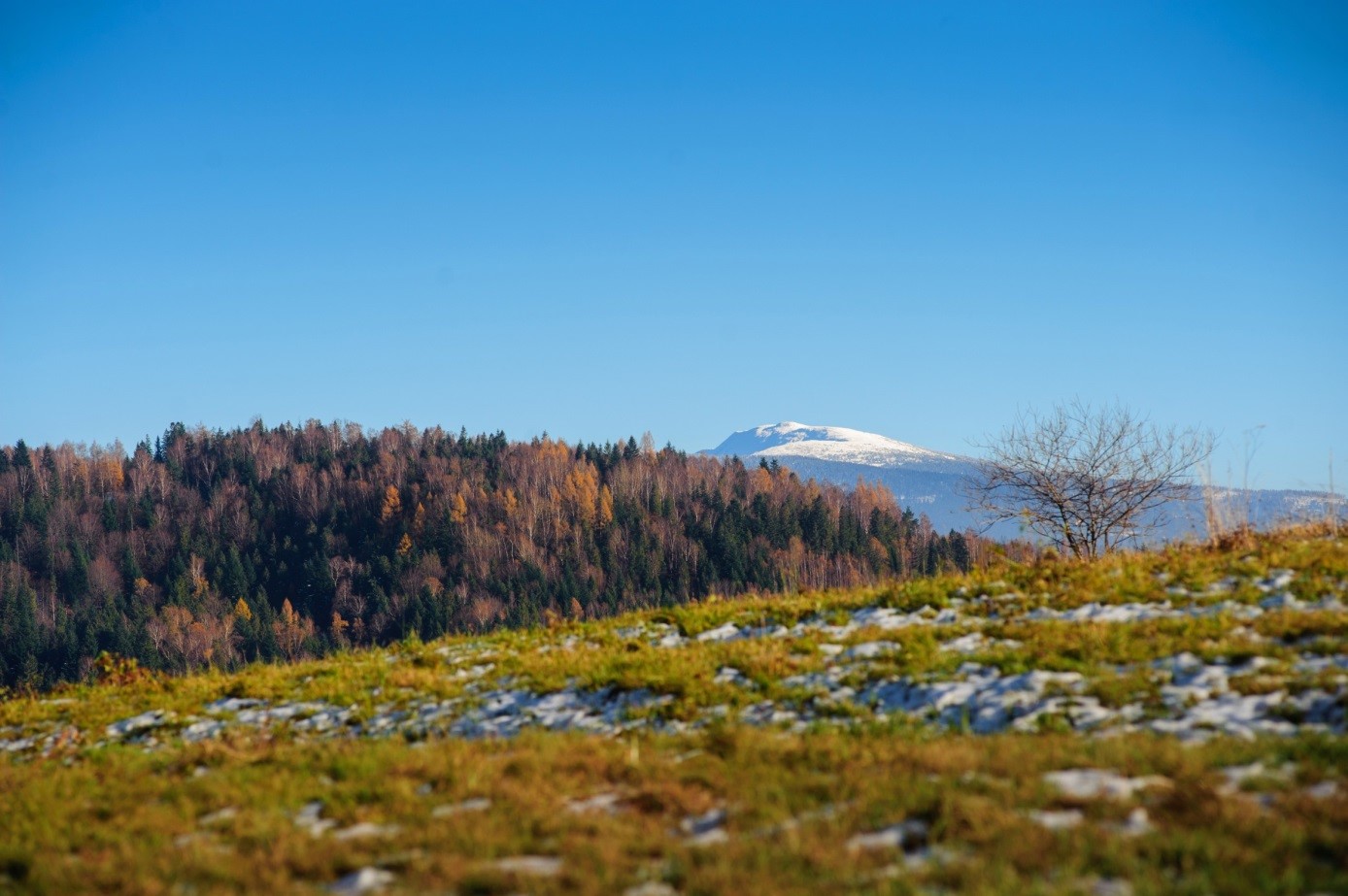 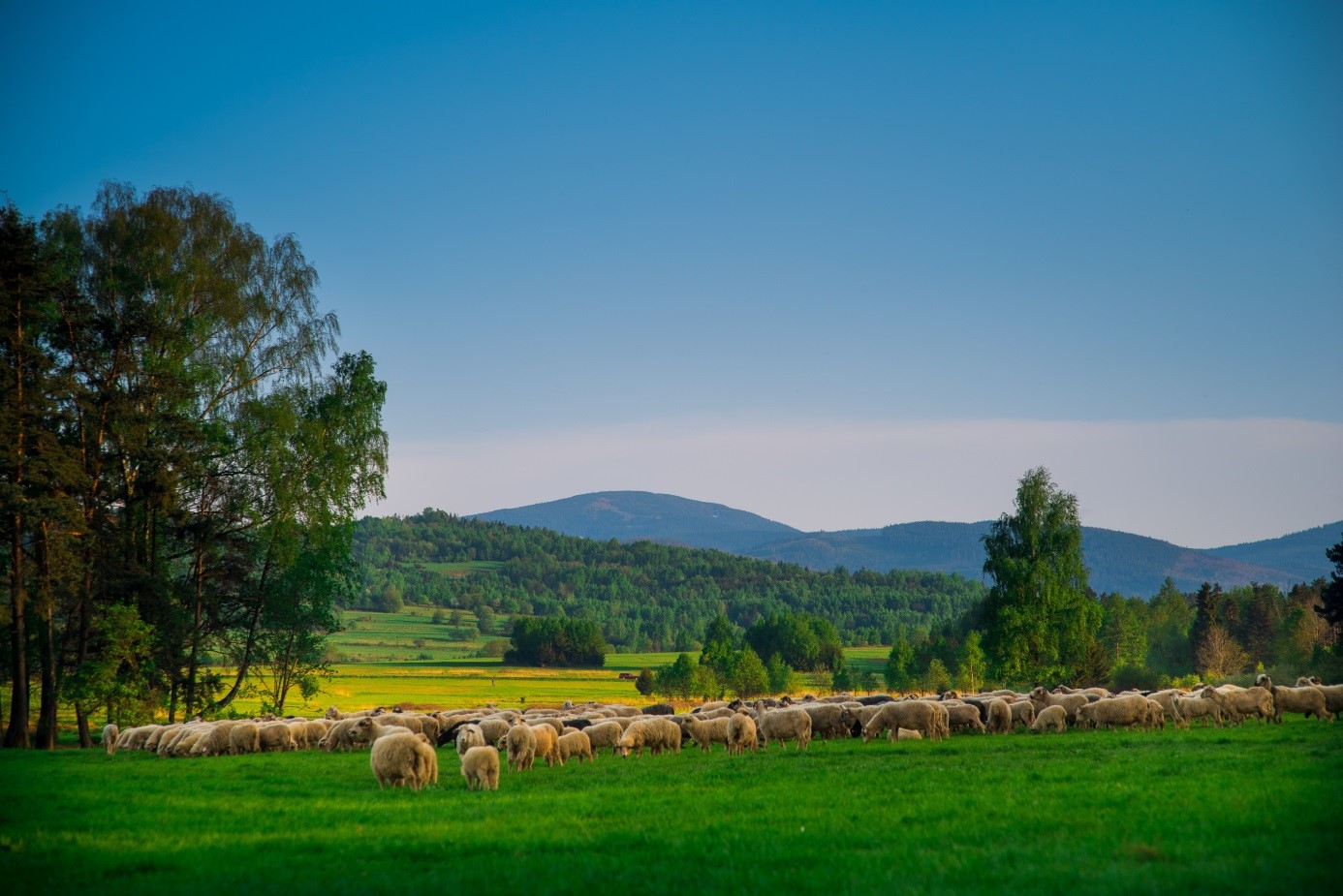 At the bike path running through Sopotnia, there is a mountain hut called “Bacówka”, established after the restoration of sheepfolding in the Jeleśnia municipality. From the path there is a view of the mountains.

Near the cycling path in Przyborów there is a chapel with a spring. Since 1880, in the region of Jabłonów stream, it was known as the wooden chapel of the Visitation of the Blessed Virgin Mary which was built by Józef Jodłowiec in the place where Virgin Mary appeared to him for the first time. After the second apparition, a stone chapel was built on the site of a wooden chapel. The chapel in its current form dates back to 1946, and is an expression of thanks of the inhabitants of Przyborów for saving them from being displaced by the Nazi Germans. There is a bell in the chapel, made by a local blacksmith from the unexploded bomb, dropped from an American bomber B-24 Liberator. 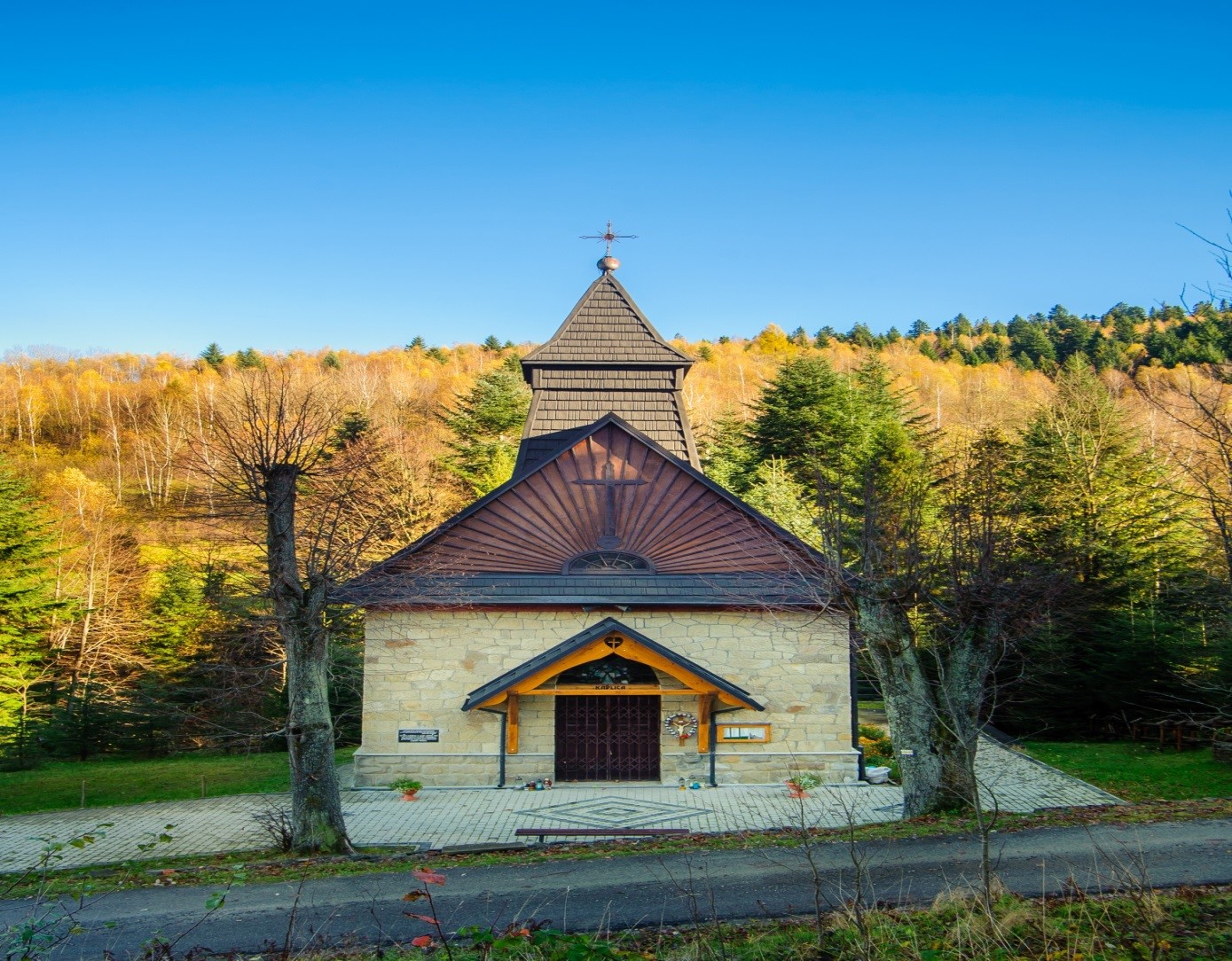 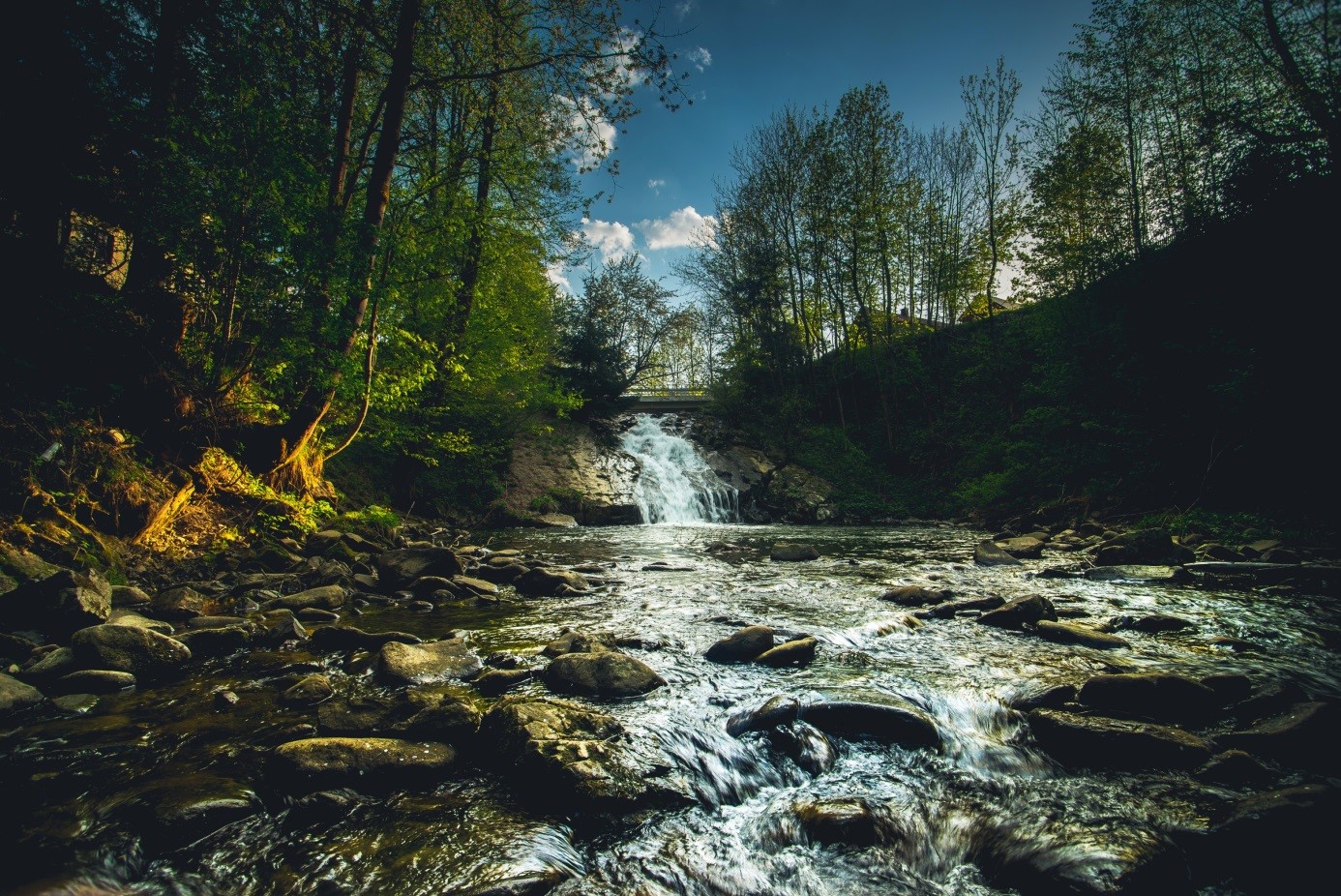 At the cycling path in Sopotnia Wielka there is a small, blue, rotunda-shaped chapel, built by the residents of Sopotnia Wielka in 1887. The chapel was built when the village did not have a church. In the middle of the chapel there is a picture of the Virgin Mary. 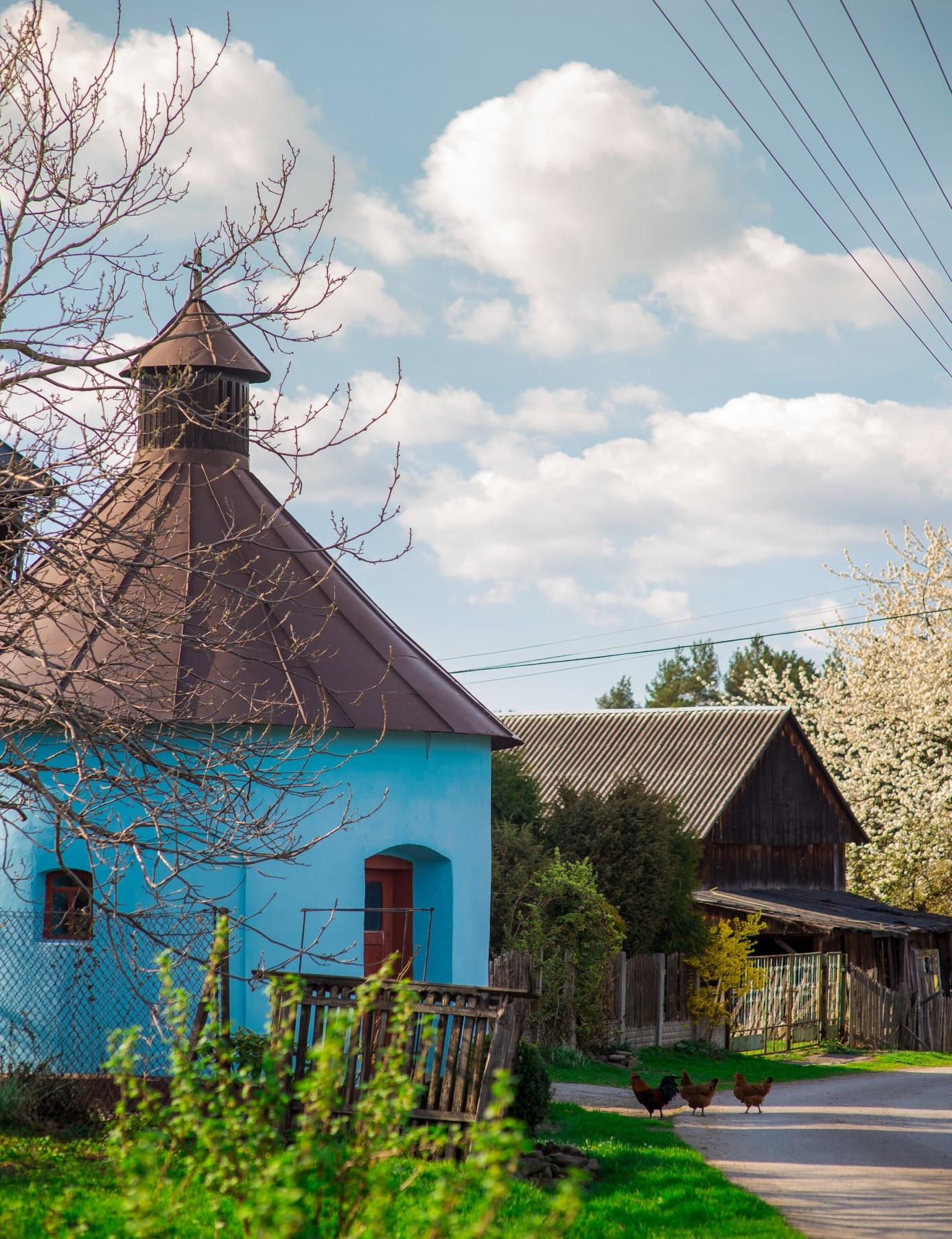 In Sopotnia Mała there is a historic fire station, which you pass by cycling on a cycling path. Fire station currently serves as the Culture center. 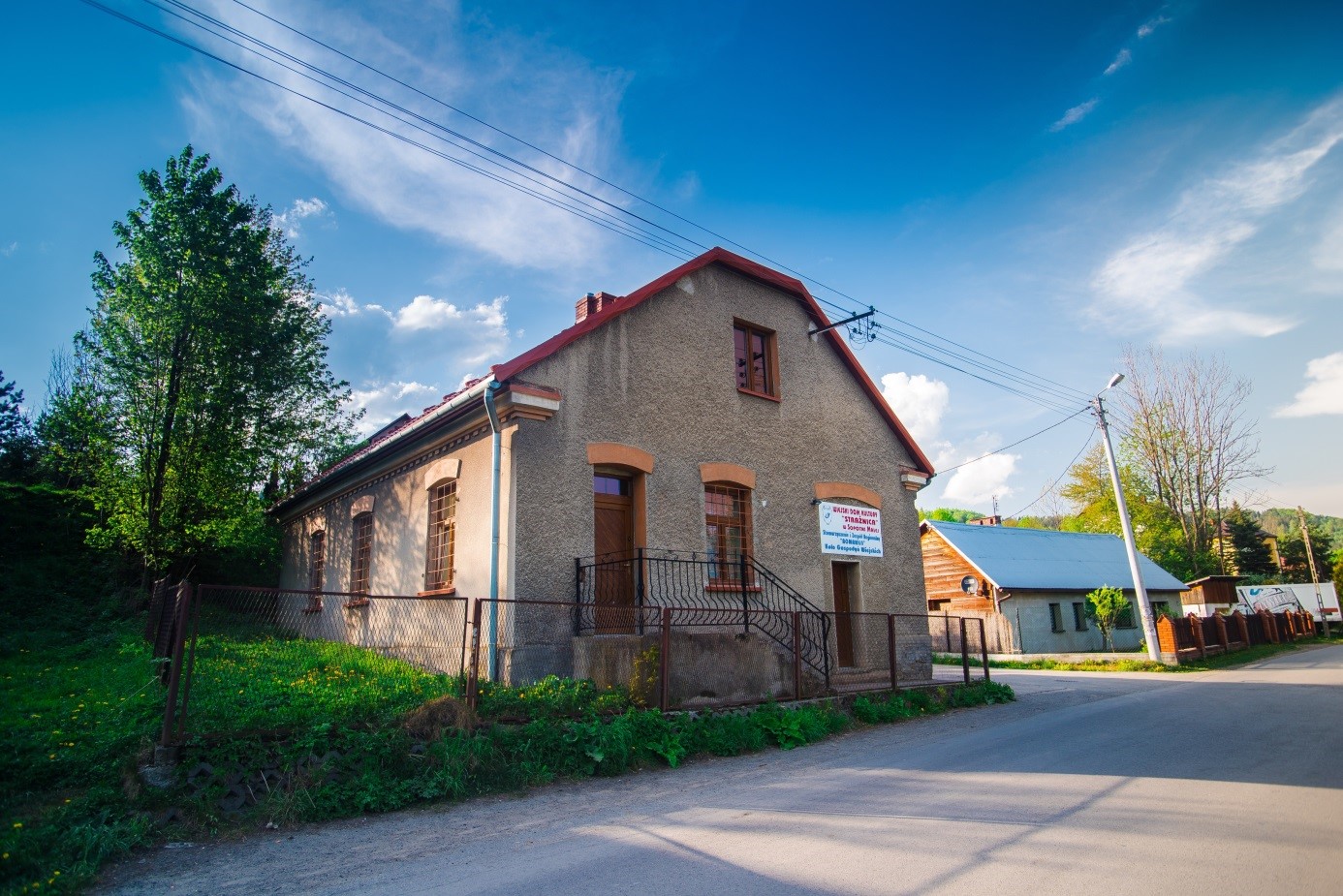 In well-hydrated wetlands in the forests there are specific swamp and meadow plants. 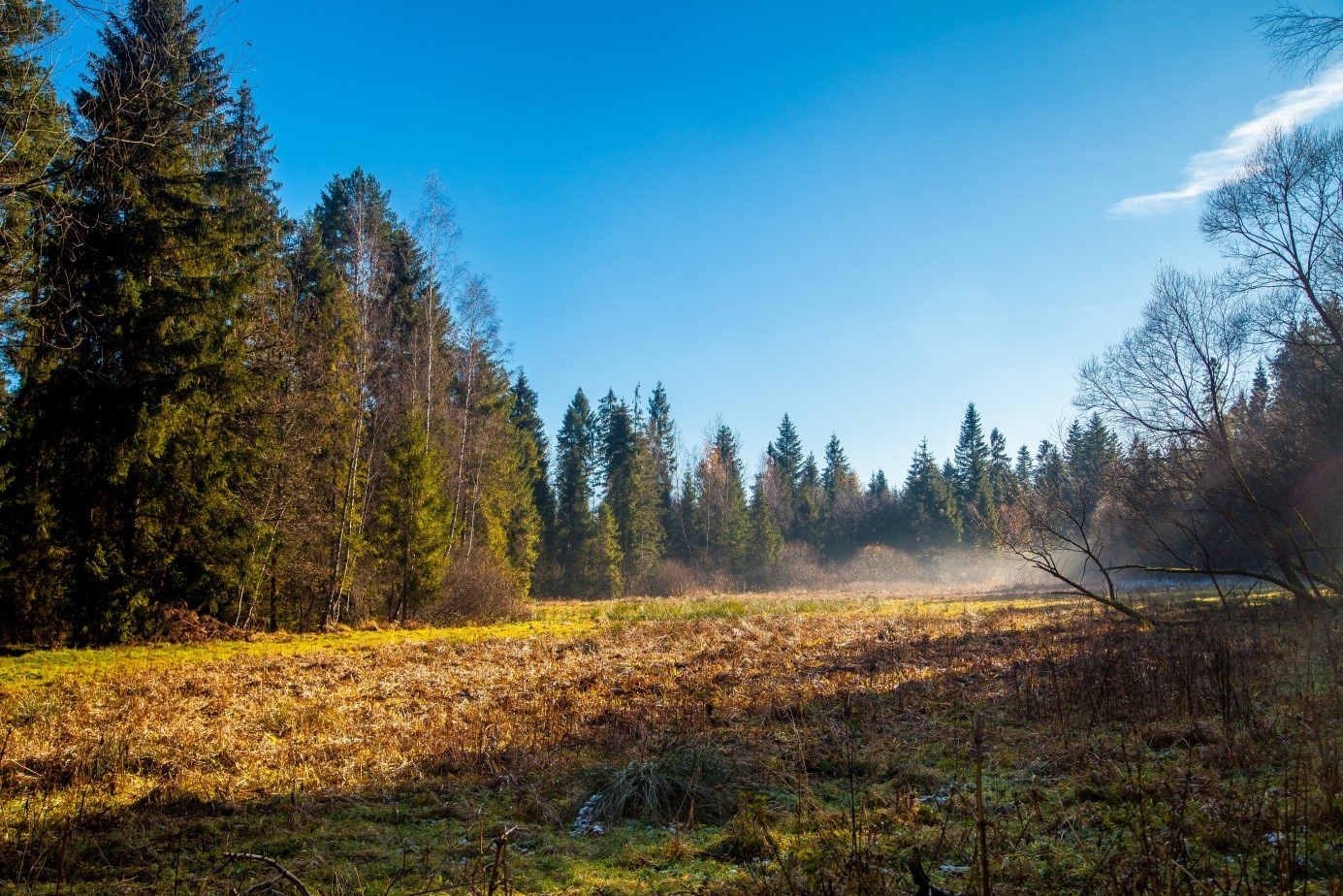 At the cycling path in Sopotnia Mała, there is a stone chapel from 1898 dedicated to Saint John the Baptist. Inside there is a late baroque altar from the beginning of the 18th century. 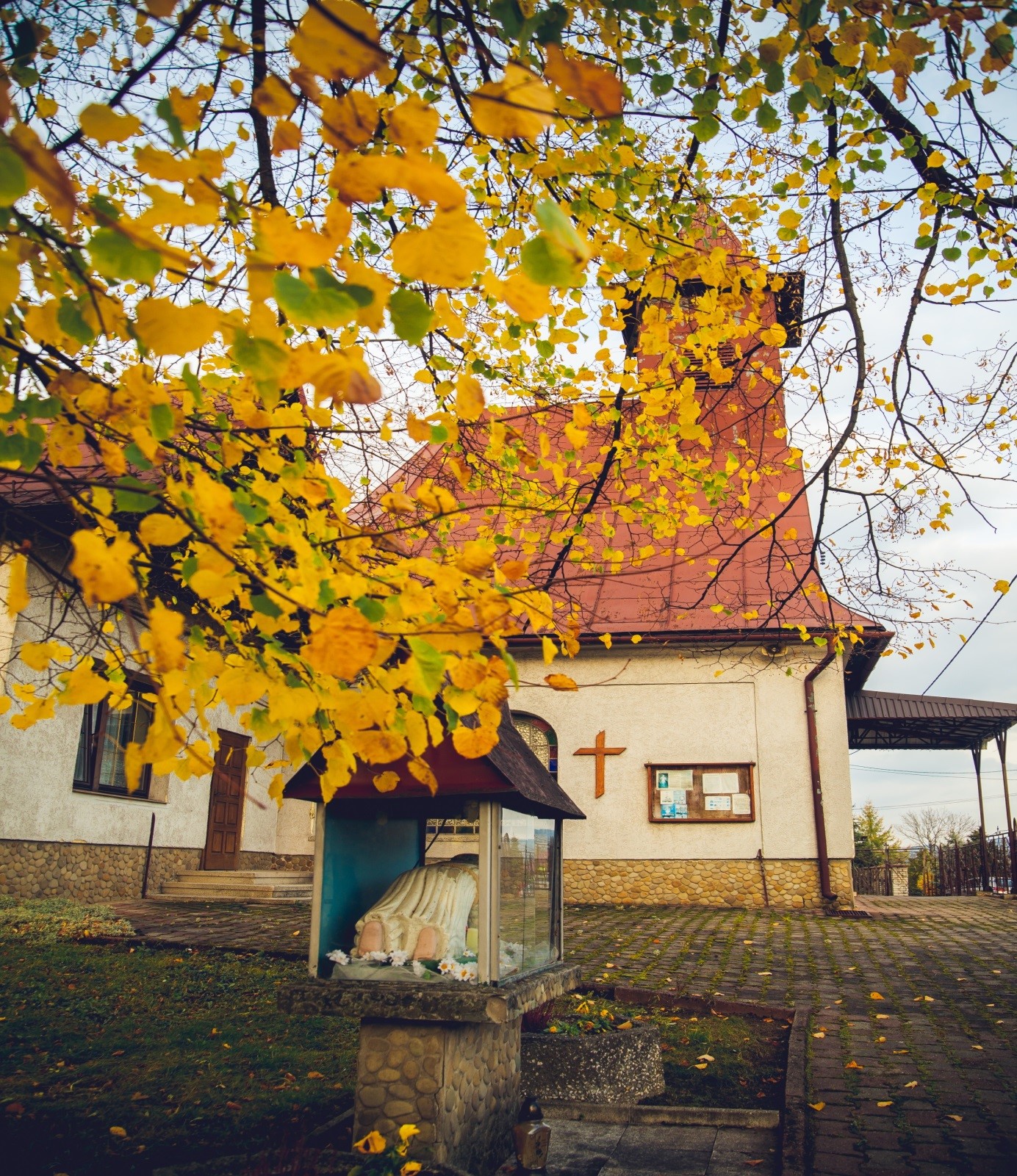 On the cycling path running through Przyborów – Jabłonów there is the bunker-fortification “Rydz Śmigły”. It was a bunker of the Krakow Army from the Second World War. The purpose of the bunker was to protect the borders of the Second Polish Republic against the aggression of the Third Reich. 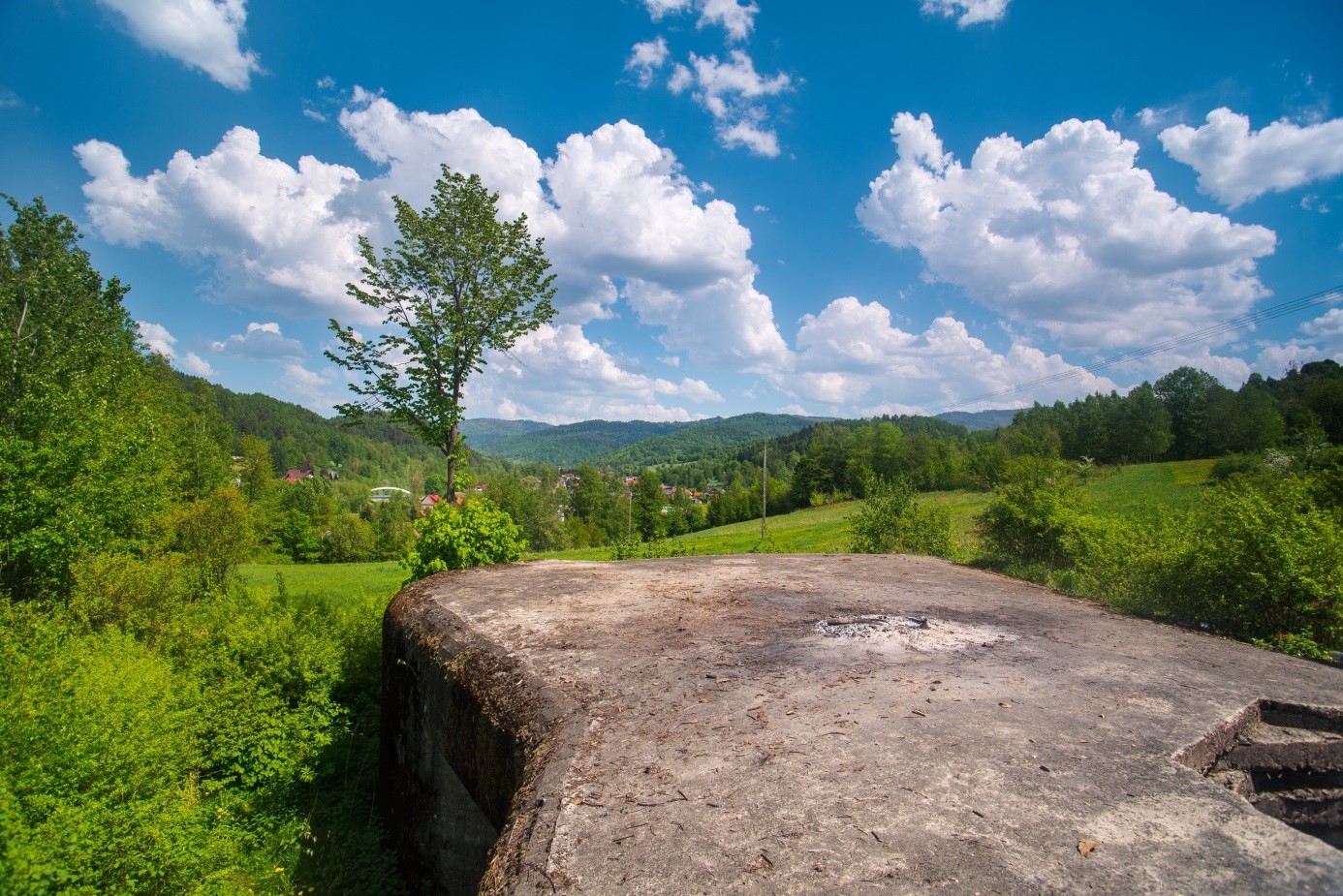 The history of the chapel dates back to the 19th century, when the Loretan Belfries were built in the Beskidy villages. The bell in the belfry served to drive away “płanetniki” – demons, which according to beliefs attracted storm clouds. Noteworthy is the picture from 1886. In 1978, the Mass was celebrated in this chapel by Cardinal Wojtyła. 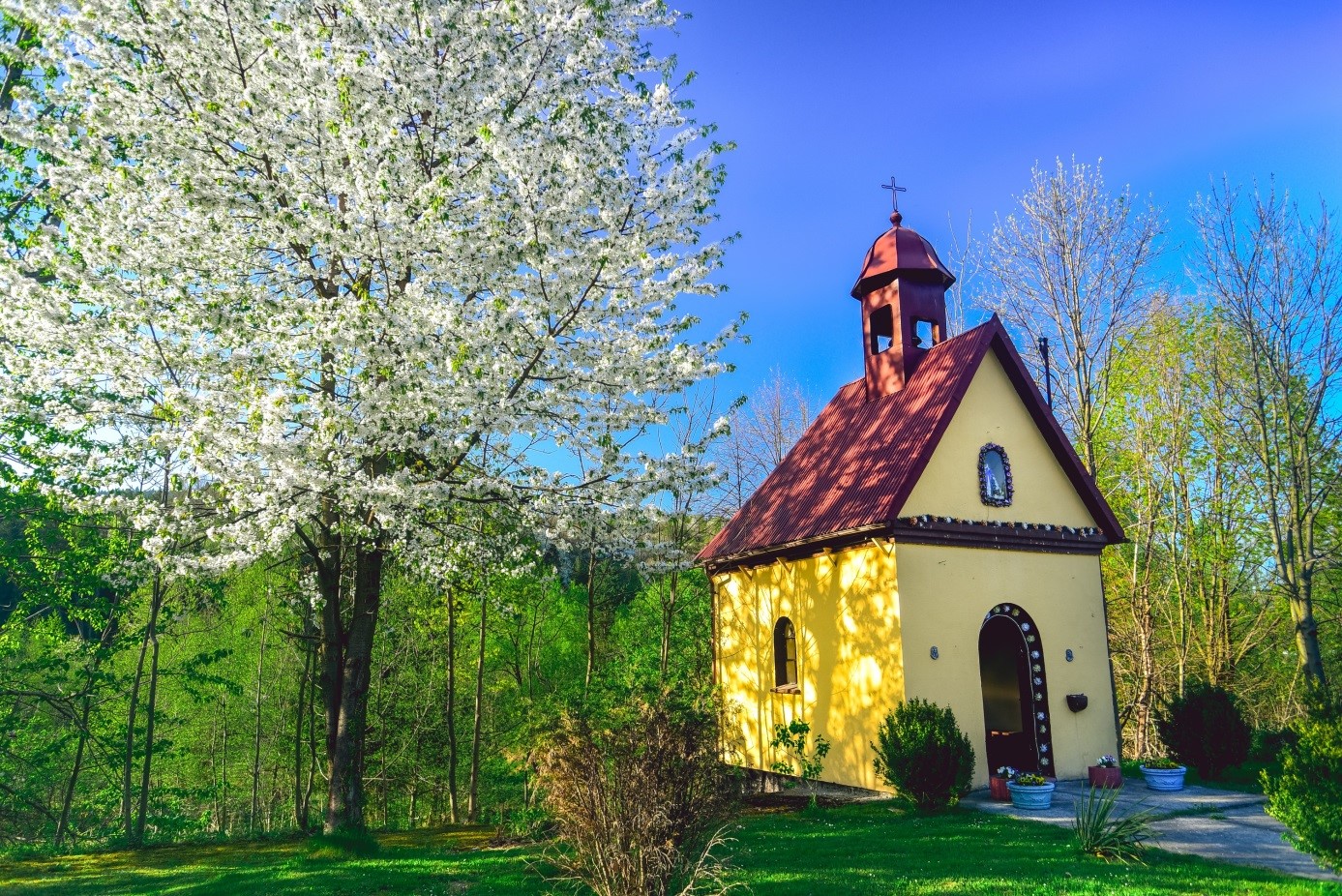 The cycling path leads through Lnisko, whose name means a field of mowed flax. From the cycling path there is a view of Romanka mountain (1366m), Łazy and Kotarnica and Babia Góra. 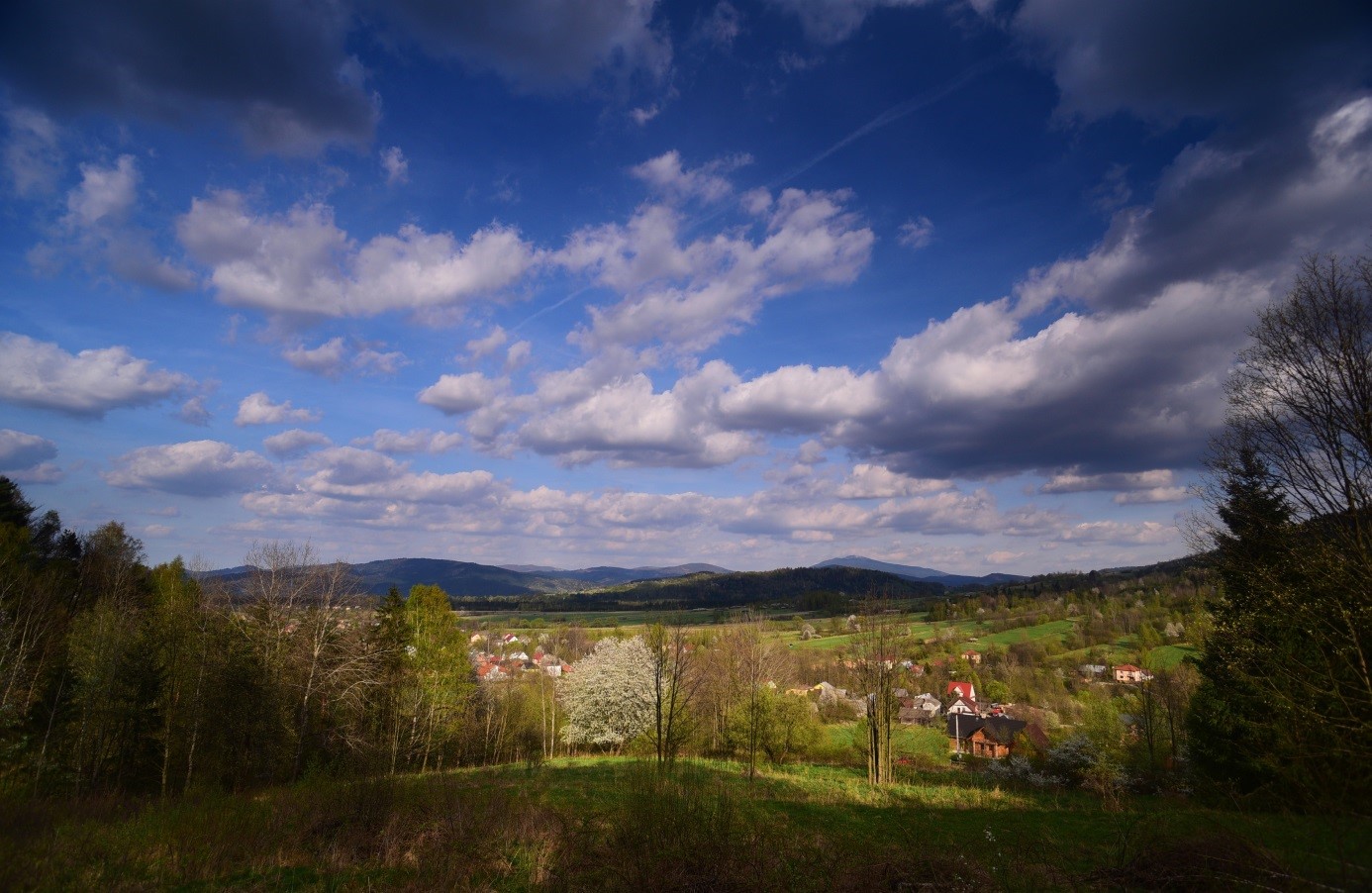 On the cycling path passing through Pindelówka there is a beautiful scenic viewpoint on Mędralowa, Głuchaczka Pass, Jaworzyna (1046 a.s.l.) and Pilsko Mountain from one side and the town of Moczarki with the Czoło Mountain from other side. 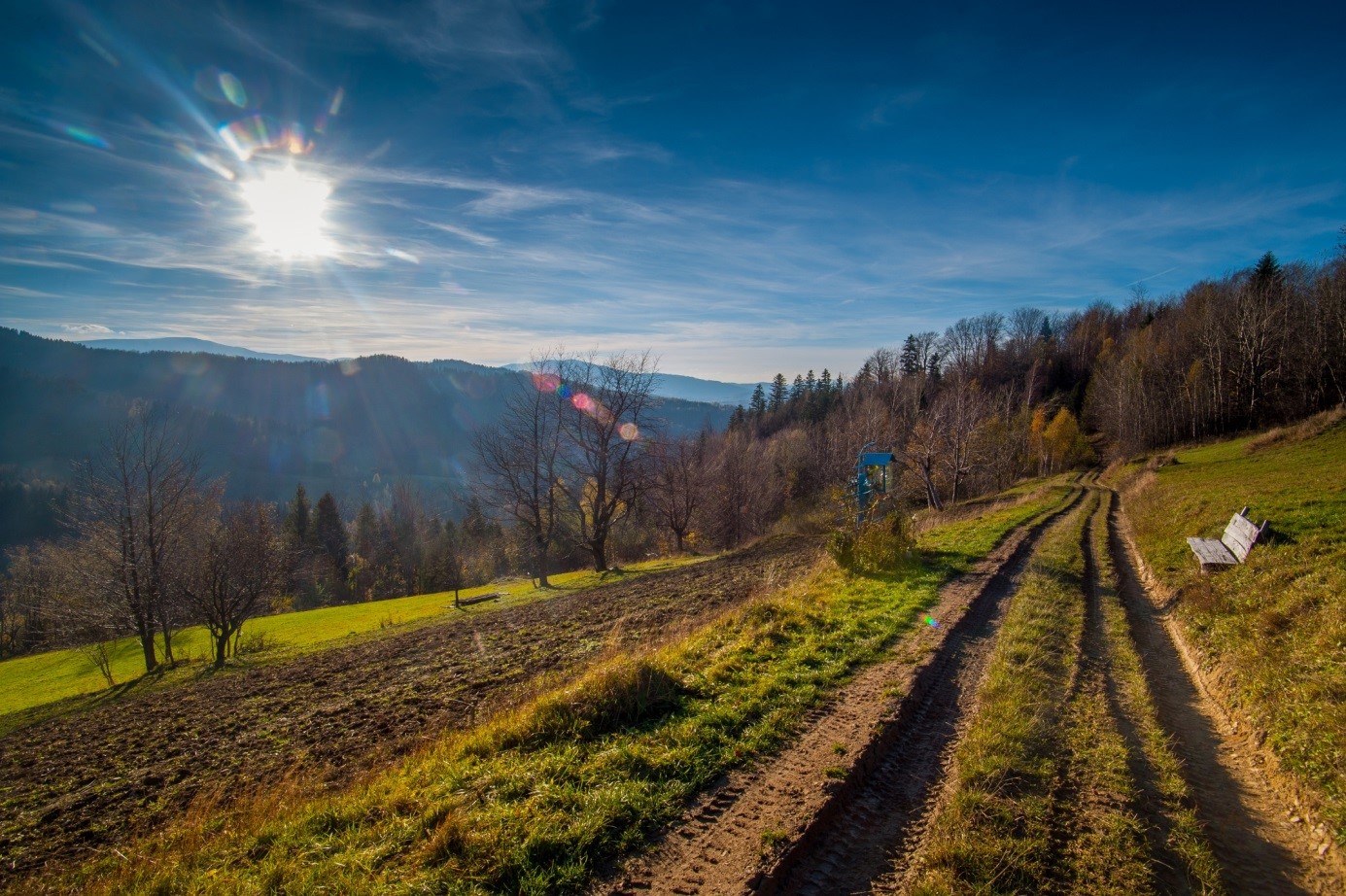